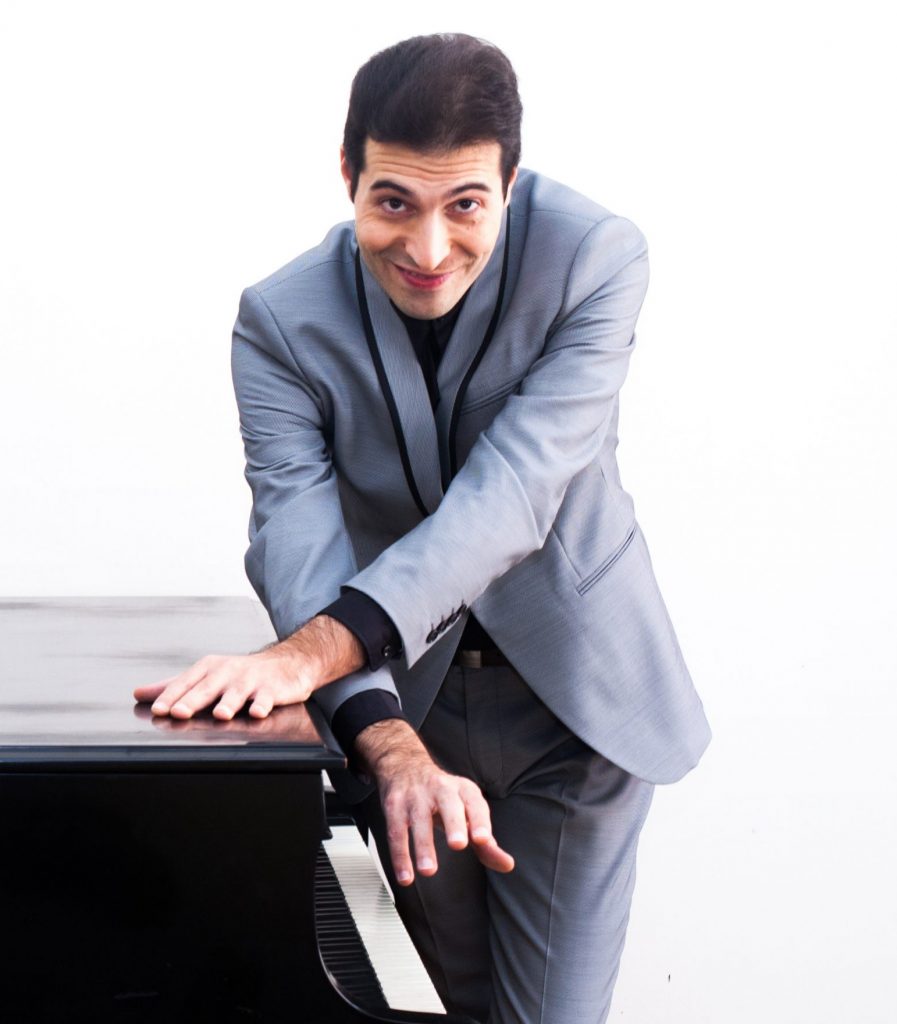 He began his musical studies at the age of 9. His teachers were Lidia E. Santos, María Fernanda Bruno, Adela Barroso, Pía Sebastiani and the distinguished pedagogue Elizabeth Westerkamp.

He performed as soloist and chamber music player in Argentina and abroad (Brazil, Spain, Italy, France, Holland) in venues such as Casa de la Cultura, Círculo Italiano, Museo de Bellas Artes, Biblioteca Nacional, Facultad de Derecho, San Martín Theatre, Salón dorado and main hall of the Colón Theater, Kirchner Cultural Center (Honor Hall, Argentine Hall and Symphony Hall) Libertador Theater (Córdoba), Teatro Español (La Pampa), Mitre Theater (Jujuy), San Martín de Tucumán Theater, Astor Piazzolla hall of the Teatro Argentino de La Plata, as well as on radio and television. From an early age his marked interest in pedagogy has led him to teach both privately and in public schools, in Buenos Aires and in the interior of the country. He has taught open classes in several institutions, including the School of Music in Salta, University of Tucumán and the School of Music “Celia Torra” in Entre Ríos.

In March 2002 he was appointed collaborator of the João Pessoa Symphony Orchestra (Brazil) by its director Helena Herrara.

From 2000 to 2008 he was part of the duo “Bernárdez-Kwiek” with whom he performed regularly throughout the country.

In July 2008 he performed in Italy at the International Festival “Pietrasanta in Concerto” on that occasion he performed works by Piazzolla together with the Italian pianist Gabriele Baldocci, with the Japanese pianist Akane Sakai the Poulenc’s sonata and with Martha Argerich the Concertino of D. Shostakovich.

From 2008 to date he is part of the “Isas-Kwiek” duo, a group that has been awarded by Argentmúsica and by the Fondo Nacional de las Artes with first prizes unanimously (2008 and 2010 respectively).

This chamber group performs regularly in Argentina and abroad and has recently released its first album with an attractive program of music by women composers and Argentine authors. This material is available on Spotify.

Among Kwiek’s most recent and outstanding presentations we can mention the one that was recently broadcast again on public television, an occasion in which with Martha Argerich, Graciela Reca and Mauricio Vallina he performed Bach’s concerto for 4 pianos.