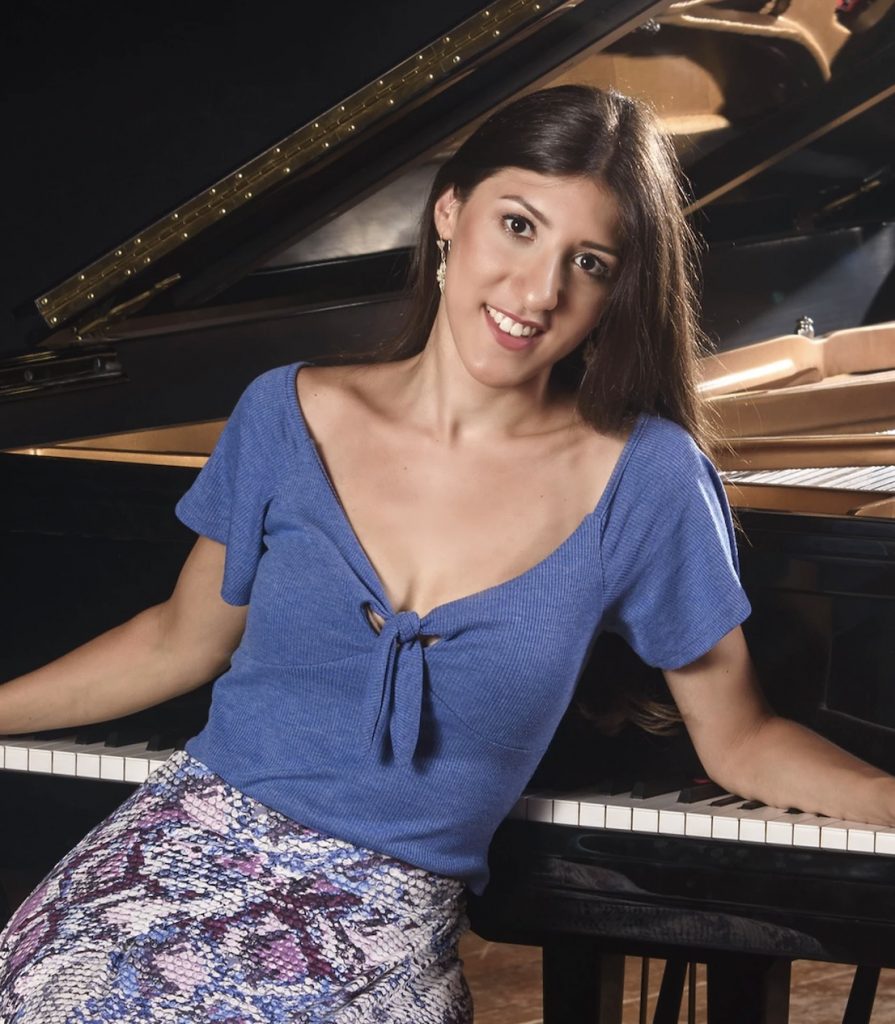 Concert Pianist;
National Youth Award, granted by the President of the Republic

She was born in Asunción and began studying piano at the age of 4 with his mother, Miriam de D’Odorico, he continued his training with great masters such as Bruno Gelber and Manuel Massone in Argentina and in Europe with Pierre Reach, Denis Lossev, among others.

She is considered one of the most internationally acknowledged Paraguayan pianist. Distinguished with different awards that enhance her artistic career as “Tourist Ambassador of Paraguay”, “Artificers of Change Award: Women who Innovate and Create”, “Outstanding Young Woman of Paraguay” and “National Youth Award” granted by the President of the Republic.

She has an intense musical activity performing regularly in different countries as a soloist and with orchestra. She has visited more than thirty countries such as Brazil, Ecuador, United States, Canada, Italy, France, Spain, Austria, England, Russia, South Africa, Lebanon and India.

She released two record materials, “Purahéi che retãgua” (nominated for the 2020 Gardel Awards in Argentina for Best Classical Music Album) and “Ofrenda a mi Tierra” with the aim of disseminating Paraguayan academic music.

Promoting and spreading the music of her country she has presented and premiered works by Paraguayan composers in different scenarios.

In her activity as a teacher she trains many children and young people from different countries. She has given master classes in Peru, Bolivia, Ecuador, United States, Paraguay, Argentina. She was member of the jury at some child and youth piano competitions.