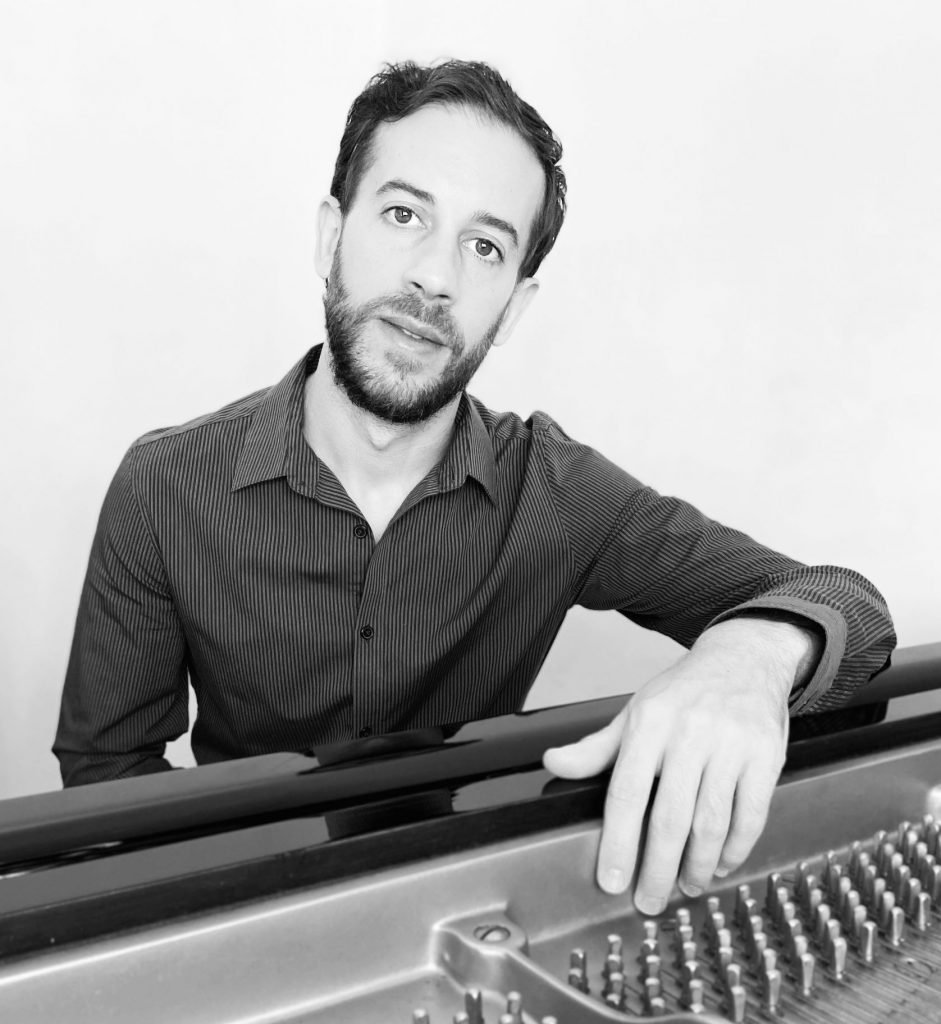 Concert pianist,
Professor of Chamber Music, Counterpoint and Harmony at National University of the arts.

He was born in Gualeguaychú, Entre Ríos, where he began his musical studies with Gastón Corazzini to continue them in Buenos Aires with Alan Kwiek and Adela Barroso.
In 2010 he received a Bachelor of Musical Arts Instrument orientation at the National University of the Arts. He has participated in courses and master classes with different teachers such as: Carmen Piazzini, Bruno Gelber, Filippo Gamba, Pía Sebastiani, Edith Fisher, Elsa Puppulo, Claudio Martínez Mehner, Luca Chiantore, among others.

He has performed at different festivals and congresses such as the “First Meeting of Sound Art ‘Tsonami’”, “Festival Tribute to Vicente Scaramuzza”, First Meeting in Musical Arts “From the composer to the listener”, “First International Piano Congress” and in concerts in venues such as the Mariano Moreno National Library, the Fernández Blanco Museum, the Salón Dorado of the Municipality of La Plata, the Centro Cultural Recoleta, and the 25 de Mayo Theater, among others.

He has premiered solo and chamber piano works by different Argentine composers and has participated as a pianist in the Fundación de Música de Cámara under the direction of Guillermo Opitz.

In 2016 he completed the Postgraduate “Specialization in Musicology” at UNA and received the Bicentennial Scholarship for Education awarded by the Fondo Nacional de las Artes to carry out a Course of improvement in Piano, Chamber Music and Musical Theory at the Superior School of

Music of Catalonia (ESMUC) in Barcelona, Spain.
In 2020/2021 he studied the Master Analisi e Teoria Musicale at the Università della Calabria (Italy) and is currently preparing his Thesis.

He has given courses and lectures on piano and theory in Paraguay and Argentina. He currently works as a teacher of Harmony, Counterpoint and Chamber Music at UNA. He is part of a saxophone and piano duo dedicated to the comprehensive work for piano and sopranino saxophone by Argentines composers and a piano duo dedicated to the research, interpretation and dissemination of the current repertoire for four hands and two pianos, with a special interest in Argentines composers.