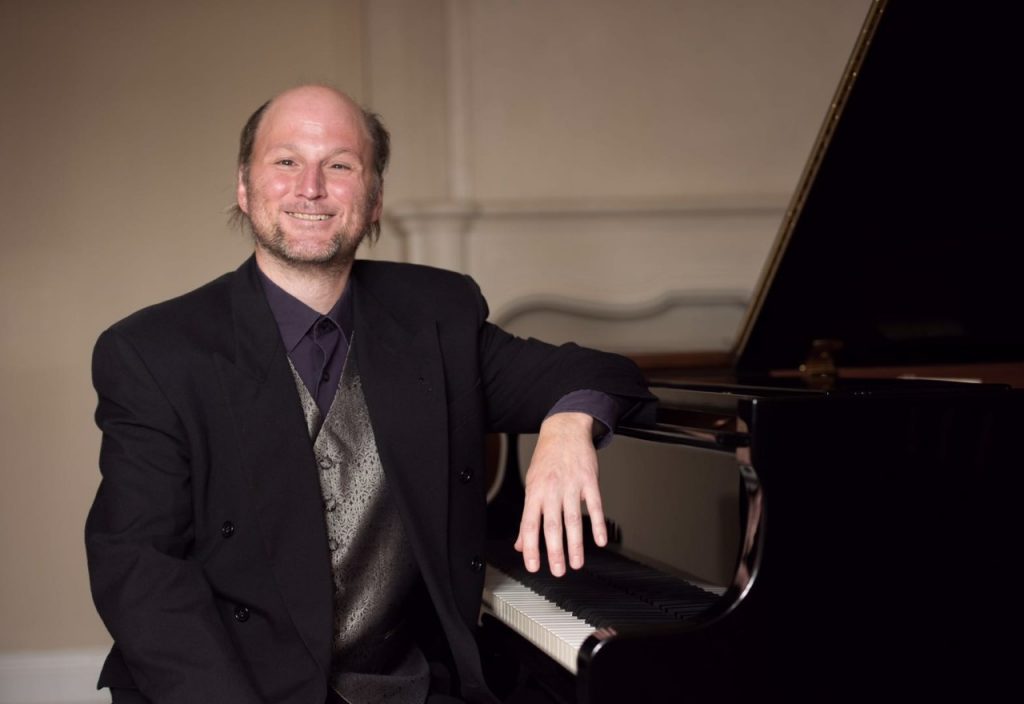 Michael Esch holds a Doctorate of Musical Arts degree in Piano Performance from Rice University where his teachers included Robert Roux and Jon Kimura Parker. His other major influences include his first teachers Rosemary Collins and Dorothy Morton, and extensive coachings with Rebecca Penneys, Lazar Berman and Anton Kuerti.

Dr. Esch has been featured in numerous recitals throughout Canada including the Glenn Gould Studio for the CBC, and for the Canadian University Music Society.  He has also appeared in concert throughout Bulgaria, the Czech Republic, the United States and Germany, as well as various centers in the far east. He has performed with numerous orchestras in Canada, and has collaborated with a number of acclaimed artists including the Belgian violinist Michael Guttman and the eminent violist, Rivka Golani, as well as the Canadian Sinfonietta Chamber Players. The Canadian Composer Robert Rival has composed and dedicated the work ‘6 pieces for Piano’ (found in the ARCT and LRCM repertoire lists) for Michael.  Dr. Esch is a featured pianist on the RCME 2015 Piano Syllabus CD set.

Michael has enjoyed grant support from the Chalmers Foundation, and is a multiple grant recipient from the Canada Council for the Arts. A sought after adjudicator in Canada, Michael has adjudicated festivals at the Provincial level for the O.M.F.A., ORMTA, SMFA, NSMFA, PABC, the Canadian Music Competition 50’th Anniversary National Tour and the Glenn Gould School Concerto Competition, the Cresendo International Piano Competitions among many others. He is a senior examiner for RCM examinations and is a regular masterclass clinician for the Phil and Eli Taylor Young Artist Performance Academy at the RCM.

A sought after teacher, Dr. Esch’s students have been featured in major GTA recital venues including Koerner Hall, The Glenn Gould Studio, the University of Toronto Arts and Letters Club, Markham Theatre, as well as Carnegie Recital Hall in NYC. They have performed with important orchestras in Ontario and Europe, been featured in the CBC rankings of “Top 30 under 30”, and in masterclasses with major artists in prestigious international music festivals such as the Morningside Music Bridge and John O’Conors ‘Beethoven Boot Camp’. Recent achievements of Dr. Esch’s students include: winner of the CFMTA National Piano Competition, First Prize winners in the Crescendo International Competition, GOCCA Int, winners of the ORMTA Young Artist Tour (3), National Gold Medal Winners for the RCM Licentiate Diploma (2), the youngest candidate to have earned the LRCM with Distinction, and as well as Prize Laureates at the Berlin and Boston Intl Amateurs competitions.

Dr. Esch has taught at Wilfrid Laurier University and has served on staff at the Glenn Gould School/RCM since 2007. In September of 2010 Michael and his wife opened the Esch Music Academy in Markham Ontario. He joins the Faculty of Music at the University of Toronto in September 2021.

Michael is a Top Teacher Award recipient from Steinway and Sons (2016-2021) and was recently awarded a 2020 National Teacher of Distinction Award from the Royal Conservatory of Music.