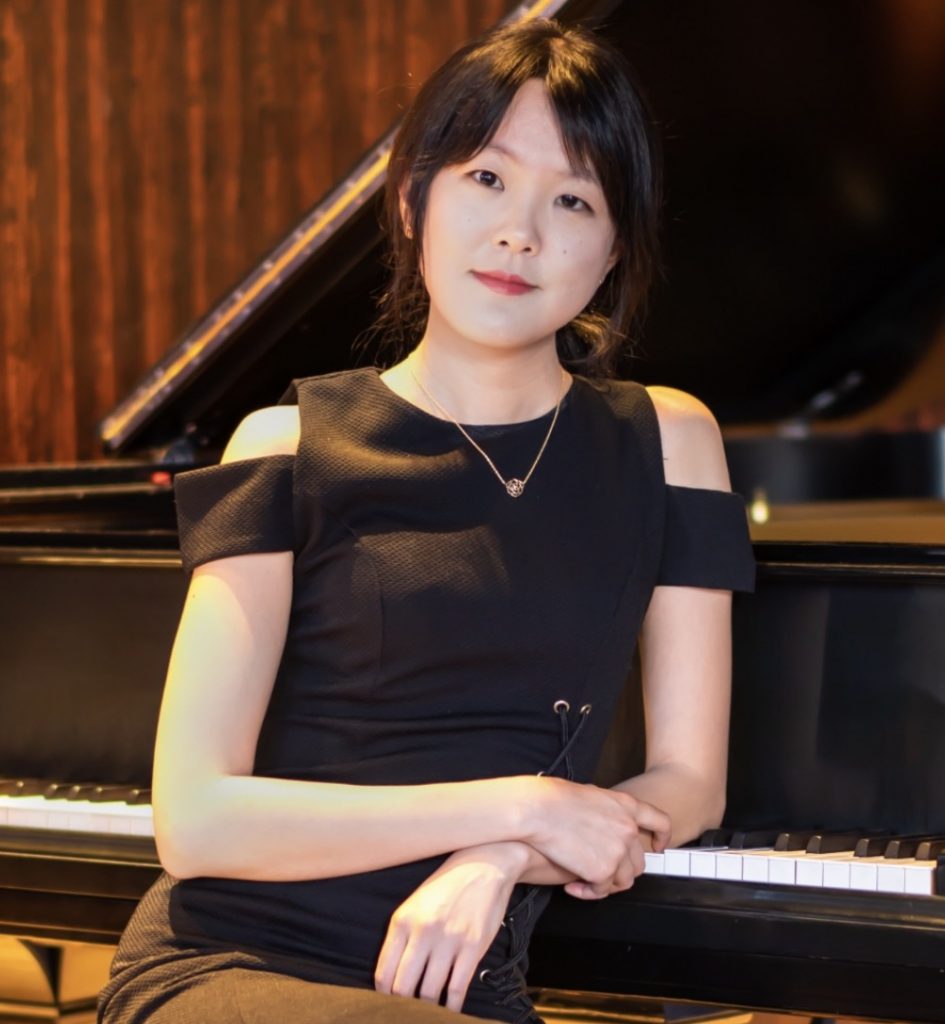 Exciting, imaginative, genuine, free, risk-taking and dramatic… these are just some words used to express Rosy Ge’s wonderful playing. Described by many as a pianist with enormous potential, Rosy has won numerous prizes and scholarships both locally and internationally. She was the Grand Prize winner of the CSU-Stanislaus International Piano Competition and a laureate of the Shean Piano Competition. A multi-prize winner at the Canadian Music Competitions, she played with the Alberta Philharmonic Orchestra in a Gala concert showcasing grand prize winners in 2005 and in 2006, Rosy became the only Chinese recipient of the prestigious Developing Artist Grand given by the Raymond Hnatyshyn Foundation.

Rosy is also a dedicated teacher and mentor to young musicians. She taught her first lesson at the age of 13, and it continues to be a major part of her career. Besides running Illumine Star Academy, a private music school in Richmond Hill, Ontario, Rosy has given lectures and masterclasses extensively in China, Canada, and the United States. Many of her students won top prizes in local and international competitions and were accepted to prestigious music programs. Rosy held assistant teaching positions in Indiana University and University of Kansas. She was the coordinator of an outreach distance learning program called Pianos Without Borders. Based in Lawrence, Kansas, this unique setup allows kids from high-crime low-income areas to receive piano lessons via the Yamaha Disklavier. Her and her team presented about this program at the Music Teachers National Association conference in Baltimore, Maryland in March of 2017 in the hope that more and more organizations will adopt this program and give everyone a chance to explore the possibilities of music. Rosy is also an editor for the United States Music Certificate Examination (USMCE).

​Born in China and raised in Canada, Rosy began piano lessons with her grandmother, a well-respected piano professor at Shandong Normal University. After moving to Edmonton, she studied with Mr. Wolfram Linnebach all the way through high school and also took lessons with Mr. Hung-Kuan Chen while he was still in Calgary. Rosy continued with Dr. Patricia Tao and finished her Bachelors of Music degree at Oberlin Conservatory under the tutelage of Ms. Angela Cheng. For her graduate studies Rosy was guided by Dr. Karen Shaw at Indiana University and she completed a Doctor of Musical Arts degree with Dr. Steven Spooner at the University of Kansas. While she was in Kansas, Rosy also had the privilege of working closely with the president of the Music Teacher National Association, Dr. Scott McBride Smith on various projects. Under his mentorship Rosy gained a deeper understanding of piano pedagogy and laid a solid foundation for her teaching career.