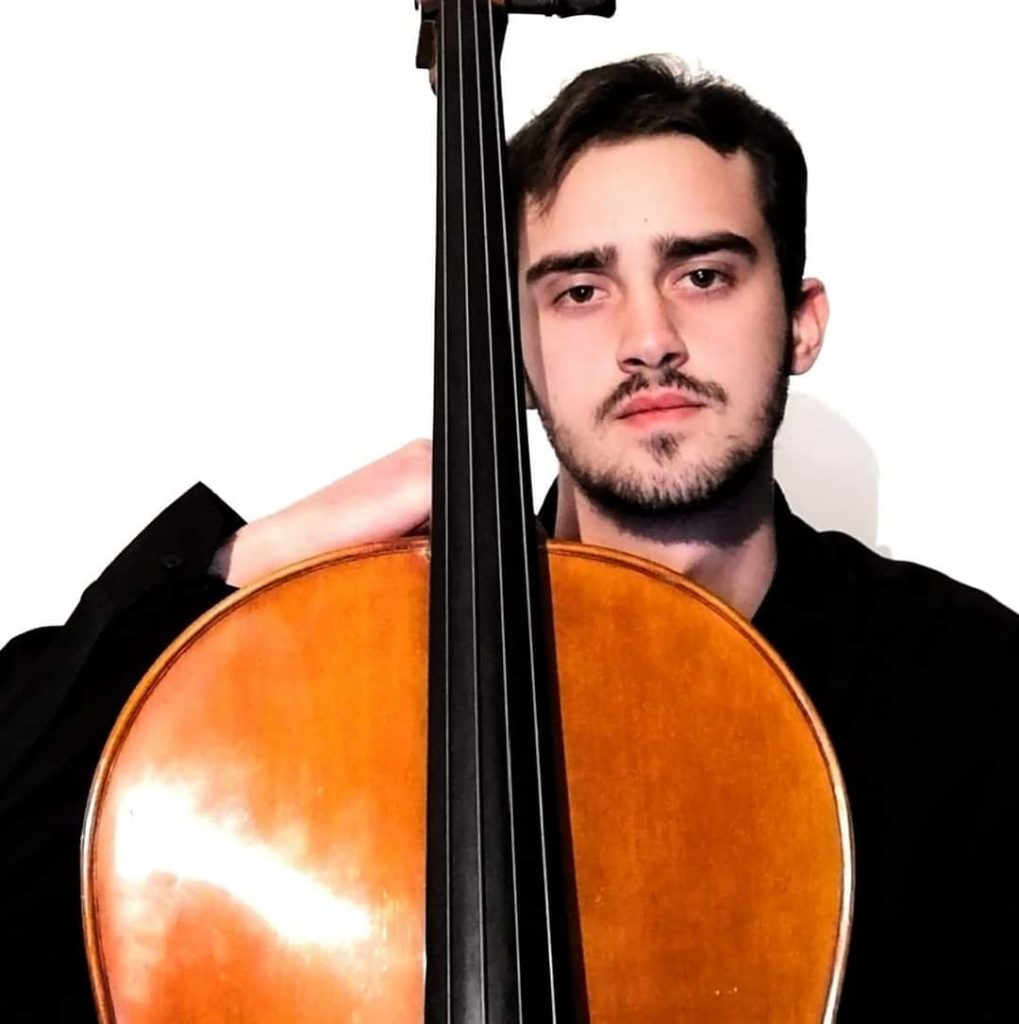 He made his debut, as a soloist, when he was 12 y.o. at “Teatro Fenaroli” in Lanciano and at “Palazzo Comunale” in Scanno, playing the J.Brahms “Sonata in E minor” and the “Elegy” from G.Fauré. He performed the I,II, e della IV “Suite for cello solo” made by J.S.Bach at “Basilica dei Santi Bonifacio e Alessio” in Rome, some private concerts with a contemporary repertoire, a streaming concert from “Teatro Tor Bella Monaca” in Rome, for the 140° anniversary of “Teatro di Atri” and in the summer season of Celano with the pianist Diana Pettinelli. He has recently played the III “Suite for cello solo” for “FAI” during the event “Giornate di primavera” in “Palazzo Albani”, Urbino.

1st prize at the national competition “P.Celommi” with his own composition; 1st prize at “32° Concorso Internazionale per giovani musicisti, Città di Barletta” category C of “Chamber Music”; the cellist from Rome has performed “The Sinking of the Titanic” made by Gavin Bryars with the composer himself and the “Ars Ludi”. He his author and musician (with the contemporary dancer Leonardo Maietto) of “Über”.
He has done Cello Masterclass at “Livorno Music Festival” with M° Vittorio Ceccanti, and Cello Masterclass at Santarcangelo di Romagna (RN) e a Campli (TE) with M° Claudio Casadei. He is also graduated in “Arti e Scienze dello Spettacolo” at the university “La Sapienza”, in Rome.