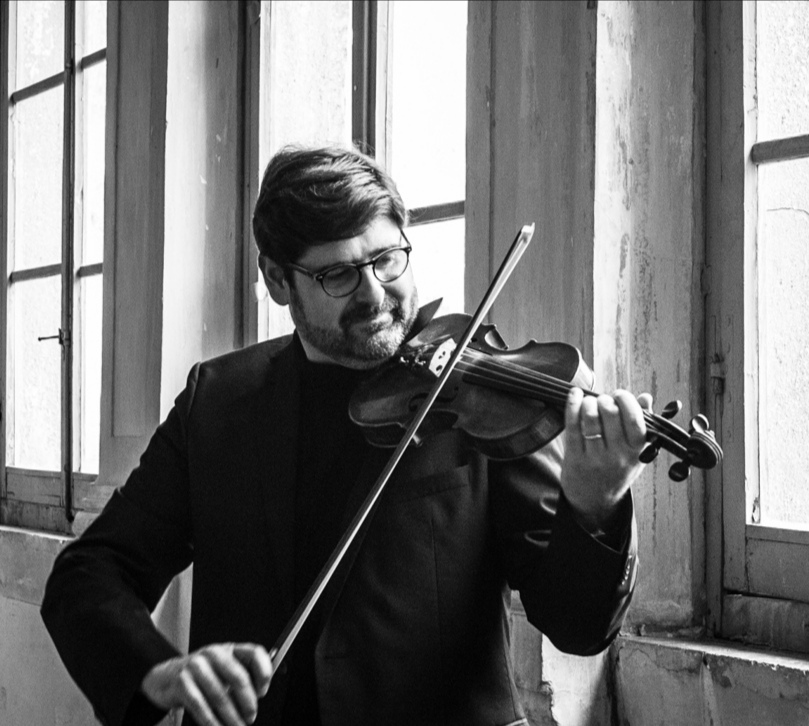 Luca Mengoni finished his violin studies with full marks in 1997 at the Conservatory of Music      “ Rossini” in Pesaro, under the guidance of master R. Segreto. He has subsequently attended masterclasses on orchestral practice studying with masters M. Fornaciari, P. Toso, D. Rossi, S. Pagliani, P. Prencipe, G. Franzetti, M. Marin and L. Spirer, as well as Academy Of Mastery for soloists under masters Steriu and Dora Bratchkov, F. Manara and A. Perpich. In 2005 he obtained the Master Degree of Education at the Conservatory of Music “Pergolesi” in Fermo, and in 2009  the Master of Music Education with specialisation for teaching violin.

In 2011 he earned the Diploma degree with full marks and distinction in Viola at the Conservatory of Music  “G. Braga” in Teramo.

At the moment he is completing the Master level course in baroque violin at the Conservatory “ Maderna” in Cesena.

Luca Mengoni plays, both as a soloist and as part of chamber ensemble for various cultural associations. He is founding member of “Quartetto Eudora”, of the ensemble “Du Cinéma” (violin, clarinet, double bass and piano) and “Voyage – Trio” (violin, accordion, double bass) and “Quartetto Gigli”. He also play in duo with the pianist Alberto Nones, and he has collaborated for various years to the “Villa InCanto” project with the master R. Serenelli, both playing and arranging transcriptions of operas for quintet and piano.

Luca Mengoni teaches violin in Civica Scuola di Musica “Gigli” in Recanati  and Istituto “Vaccaj “ in Tolentino. Some of his young pupils have won first prizes at important national and international violin competitions.

Luca Mengoni is founder, teacher and conductor of the Chamber Orchestra “Sinfonietta Gigli” of Recanati, which performs  great music concert activities for the major regional associations, collaborating with famous artists such as Andrea Bocelli and Leo Nucci.

He has often been Jury member in important music competitions, among them the International Violin Competition “A. Postacchini”.