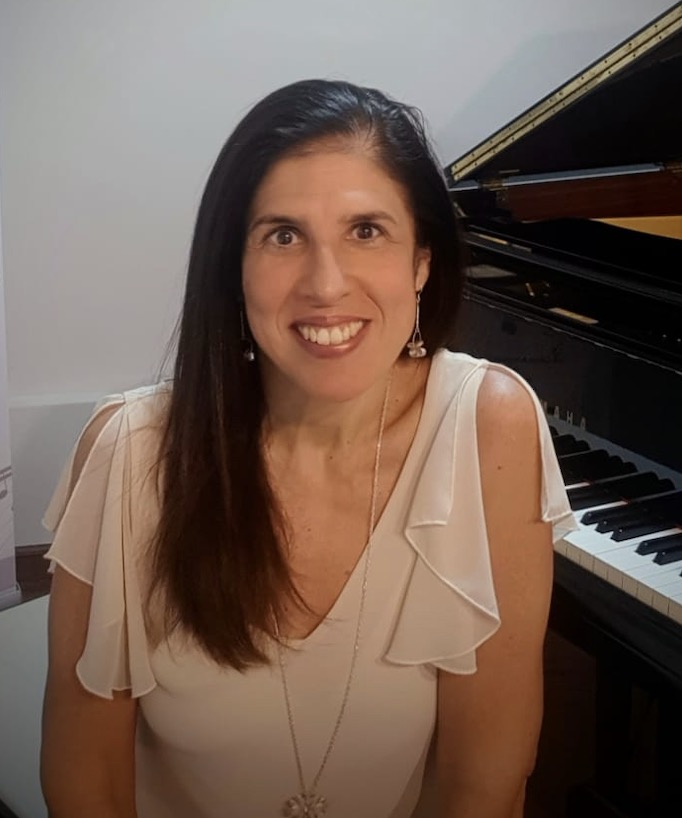 She was born in São Paulo, Brazil, where she began her musical studies at the age of 4.

She later traveled to Asunción, Paraguay, where she studied with Rosa Méreles de López, José Luis Miranda, Rosa Gorostiaga, César Medina, Carlos Schvartzmann. Later, she continued studying with the Austrian teacher Walther Neumann and the American teacher Jack Heidelberg. She was awarded a scholarship to study again in Brazil, at the Music School of Brasilia.

In 1990 she founded the Conservatory of Music “Clave de Sol” in Asunción, Paraguay. One of the most recognized conservatories in Paraguay, standing out for her piano students.

She is a researcher in piano pedagogy and is entirely dedicated to music as a teacher, guiding children, youth and adults who stand out as pianist.

She launched a series of 11 books for the study of Theory Musical.