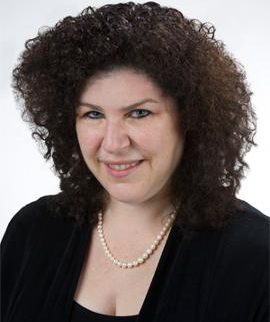 Pianist Reena Berger Natenberg made her Carnegie Hall recital debut as soloist and collaborator in January 2013. Additionally, she has performed as soloist and collaborator throughout North America, South America, Asia, and Europe. These appearances include performances at the Cleveland Museum of Art, The Federal Reserve Bank of Boston Midday Concert Series, the House of the U.S. Ambassador to Israel, and the Christ Church Cathedral, the Chapelle du Bon Pasteur, Salle Claude Champagne, Salle Marie Stèphane and the Gelber Conference Center in Montreal. She was featured on radio and television, most notably in a television documentary pertaining to the Czech culture playing the piano pieces of Smetana and Martinu, and on Boston’s radio station WGBH in the program “Off the Record”. She has also performed in many music festivals. They include: The Banff School of Fine Arts (Canada), The Russian School of Music (Freiberg, Germany), the Kent-Blossom Music Festival (U.S.) and the Orford Arts Center (Canada). Since moving to the U.S. in 2000, Reena Natenberg has performed extensively as guest artist at many university music schools throughout the United States. Additional concert tours have included: China, in August 2004, to perform in the China/Harbin Summer Music Festival; South America in August/September 2005, where she presented solo recitals at universities in Southern Brazil, in Asuncion, Paraguay, and at the University of Buenos Aires, Argentina; return trips to Paraguay in 2006 and 2008 for concerto performances with the Orquesta Sinfónica de la Ciudad Asunción; Asia in 2007, where Natenberg presented recitals at Universities and concert halls in South Korea, Indonesia, Viet Nam (including at the Hanoi Opera House) and Thailand (including at the Goethe Cultural Center in Bangkok.). She returned to South America in May-June 2008 to perform solo and chamber music recitals at the International Music Festival at the Center of the World (in Quito) and at the University of Cuenca, Ecuador.

In 2013, Natenberg released a collaborative CD with baritone, Patrick Howle, featuring the songs of French composer, Francis Poulenc. This project was funded by grants from the Kansas Arts Commission, a state agency and the National Endowment for the Arts, a federal agency.

A recipient of numerous awards, Reena Natenberg was born in Montreal. She was educated at the McGill Conservatory of Music, Tel-Aviv University, The New England Conservatory of Music and Université de Montréal. Her main piano professors were Viktor Dervianko, Patricia Zander and Marc Durand. She has also worked with such artists as Menahem Pressler, Georgy Sëbok, Garrick Ohlsson, Anton Kuerti, André Laplante, Vitaly Margulis and Karl Engel.

A noted pedagogue, Dr. Natenberg has presented master classes and lectures throughout the world. Currently, Professor of Piano at Pittsburg State University, Natenberg’s students have been prize winners of numerous competitions and several have performed as soloist in Carnegie Hall in New York City. Many of her students are teaching at reputed universities and conservatories in the U.S. and abroad. Dr. Natenberg received the 2012 Excellence in Teaching Award from Pittsburg State University’s College of Arts and Sciences.